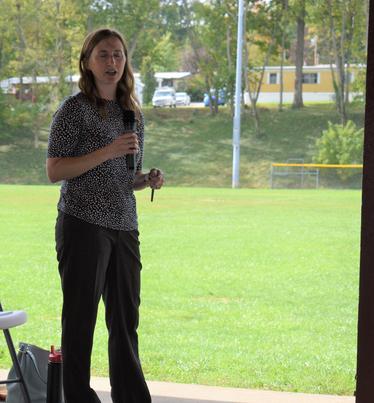 ​This was the Republican slate of candidates in 1973, and all were elected but one, instead Madeira voters elected independent candidate, Douglas Oppenheimer to his first term, his first of three terms.  Seven council seats were up for grabs every two years. There was a very active Madeira Republican Party and a Madeira Republican Club, not so today. Where is "The Grand Old Party" in Madeira? November 7th will tell.

This event was held at McDonald Commons Park and was sponsored by the Madeira Chamber of Commerce and Madeira Senior Commission. It was an afternoon event held from 1 - 3 PM, and was well attended. If you were unable to attend the Candidate Forum a recording of the entire event is posted here for your convenience, hopefully making your council choice's easier.​

Candidates are lining up, four democrats led by Jodi Whitted and Susan Kissel, both new to Madeira politics.

Whitted and Kissel both are serving on the city's  "Inclusive Committee" and were instrumental in planning of this years pride month and  July Pride picnic at McDonalds Commons Park. Both women also are involved in the "PRIVATE" secretive website "Madeira Equity Collective". a site used to smear Madeira residents and organizations. The two women are listed as administrators / moderators, of the very secretive Facebook site.

Joining Democrats Kissel and Whitted on the Madeira Democrat ticket are Anne Horne and possibly Logan Junger. Only candidates with Campaign signs will be reported on by the messenger.

​"My name is Barbara Holwadel and I have served as the Republican Ward Chair in Madeira since 2010. Wards are groups of precincts throughout the county and the Ward Chair represents their precincts to the Executive Committee of the county party. Each precinct has an elected Precinct Executive  who is responsible for GOTV efforts each fall. Also it is our responsibility to decide on endorsements at election time and to provide the traditional pink slips to voters on Election Day.

​    Madeira has been a majority Republican Party community and hopefully will remain that way. Serving on city council is a non-partisan position, however the Madeira GOP has historically endorsed candidates most aligned with the stated values of the party in an attempt to secure sound decisions coming from city hall. So, what are the values of the Republican party ? One need only read the Republican Party Platform of the 2016 convention. Contrast that with the platform of the Democrats ( called the most progressive in history) and it is easy to see why it is important to keep an eye on who is elected to our city government. All politics is local so there is no public office too small for beliefs, values, and policies to be important.

​    The City of Cincinnati illustrates my point, it has and remains in the top five poorest cities in the nation. Coincidentally , Cincinnati has not had a Republican Mayor since 1984. Cities run by Republicans tend to run in a more fiscally responsible manner. Balanced Budgets, lower taxs and less regulation, helping citizens prosper who are then able to help care for the poorest among us through charitable giving.

​    D'nesh D'Souza's film "Hillary's America" reveals the Democrat Party has been the party of the KKK, Jim Crow, and resistance to the Civil Rights Act".

​Barbara Holwadel is the Madeira Republican Ward Chairman. Her contribution used in this story is greatly appreciated. Her entire letter is posted below on the Red Button.​​​​​ 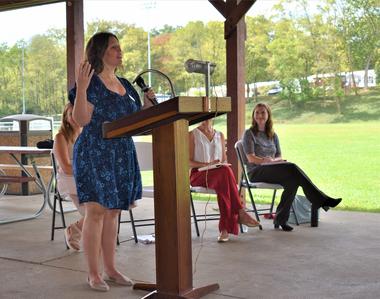 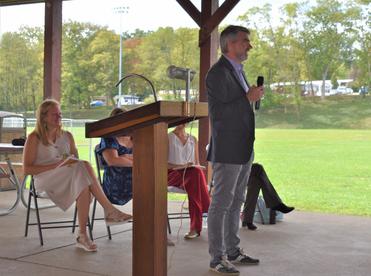 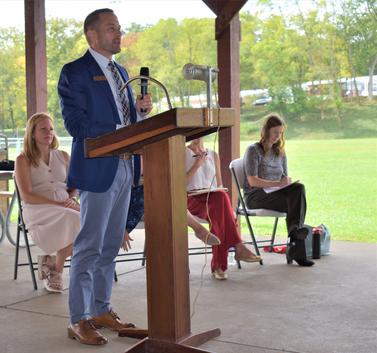 ​​2017, November election results are in, most politically diverse city council ever, five Republicans and two Democrats. Swearing in all that is left.

​Democrat or Republican? Its true Bill was a Democrat before he was an important Hamilton County Republican. He also was in his own words, the "token white attorney" at the Law Firm Gaines & Gaines. Leslie Gaines became a Hamilton County Judge & Bill, well just turn on WLW. Bill Cunningham was never elected as a Madeira City Council member in spite of his & my best efforts. 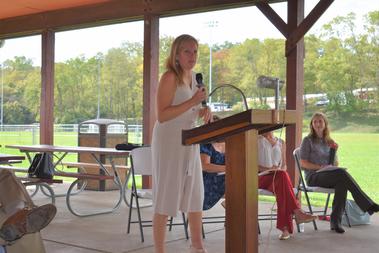 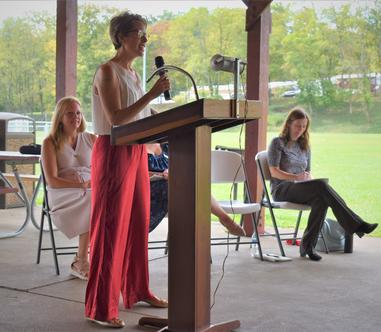 ​The "Grand Old Party" in Madeira​

​         ​     Long before 1973 it was common knowledge that Madeira was a bastion of Republican politics. Words like "conservative"  "liberal" "left wing" and "right wing" were not commonly used like they are today. You were a Republican or a Democrat. Both parties were active in the community but the Madeira Republican Party was unquestionably the dominant political party. Not withstanding the Republican dominance our residents always came together for the good of our community. We celebrated together, community festivals, church festivals, parades, neighborhood events, and shared in an outstanding school district. But Democrats were not elected to our city council. A candidate for city council in 1972 was told that to be elected one must be a Mason, a Presbyterian and of course a Republican.  For this story lets be clear that those three attributes were accurate, nothing to be ashamed of, historically correct, and reflected the politics of our community prior to 1973. Furthermore  Madeira was known as one of Greater Cincinnati's best places to reside.

​        Madeira was a small community, a village until 1910, when Madeira incorporated and became a city. Later in the 1960's Madeira would grow in size thru annexation. Republican domination continued, Madeira residents rewarded the Republican party  for governing and maintaining our community in a positive manner. Madeira did not change Mayor's every two years, and up until 1976 one outstanding leader served as our Mayor for fourteen years. The Madeira Republican party provided  good leadership and our community prospered. Is it still that way? Uncertain. The Democratic and Republican Ward Chair persons have both presented a prepared statement that is quoted exactly as received, for this story.​​ 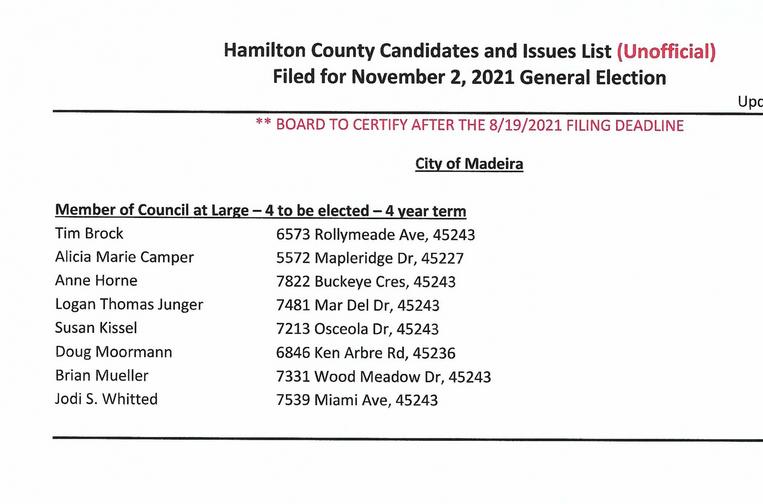 ​Oops, ​Forgot that in 1973 it was "Women Need Not Apply" In 1975 Madeira for the first time had a female candidate for Madeira City Council, Mary Anne Christie. Mary Anne went on to win one of seven spots on Madeira City Council. She won her second term in 1977 and also became the first female Madeira Mayor.  This part of the story reminds me that when I was a cook at Kenwood McDonalds (1961?) females also were not offered jobs. This is what history tells us, never a good idea to change history, it is what it was.

Candidate, Councilman Doug Moormann (was appointed to City Council, this is his attempt to keep his council seat) 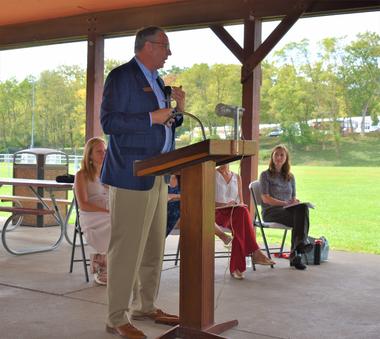 "ABORTION"  very well may or should be an issue in Madeira, Most of our Democrat Council candidates and possibly, also  our republican party endorsed Candidates support the   major plank of the Madeira Democrat party platform, "INCLUSION".  A Madeira City Commission in support of Inclusion was created in 2020. The history of Roe vs. Wade actually began in 1973, when Roe, an unmarried pregnant Texas Woman was not able to end her pregnancy in Texas,. The state of Texas was represented at the US Supreme Court by Dallas District Attorney Henry Wade. "The central theme of this case was abortion and the Due Process Clause of the Fourteenth Amendment.

Now since then, science has allowed us to determine that life inside the womb begins as early as three and a half weeks from conception, and that abortion then becomes  the taking of a human life, murder. Several legal cases will be heard soon, possibly over turning the 1973 Roe vs Wade decision. Did you know that Roe did not have an abortion even though she won her case, and that today her daughter is speaking out against abortions.

The Madeira Inclusion Committee, was appointed by City Council, the objectives are,

*Identify methods to increase diversity on city boards & commissions, "not limited to race"

*Be a voice of residents for opportunities to drive better inclusion practices.

Now, I understand that it may be a stretch, that the Madeira Inclusion Committee and our Council candidates should have an interest in supporting LIFE in the womb. Are our eight candidates pro life or do they support the taking of a life during or at the end of a pregnancy. And should our "Inclusion Committee include the life of a soul in a woman's womb?'. JUST ASKING. 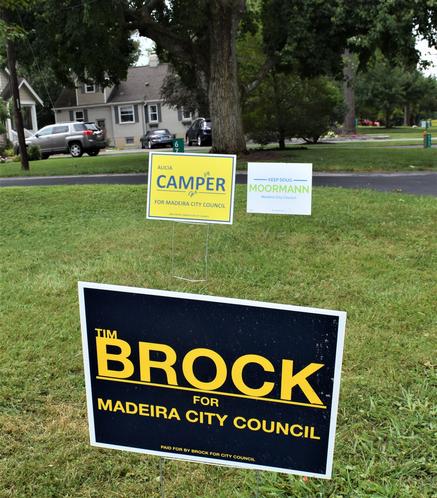 August 21, 2021, with the addition of Logan Junger, there are now eight candidates running for the four positions on city council this November. Logan resides on Mar Del Avenue,. He works at Zillow Real Estate, and hopes to bring more unity to our city if elected. Logan supports the idea that the city should not be making decisions for the Board of Education.

It appears that Logan Junger can now be confirmed, a true INDEPENDANT candidate for Madeira City Council. Logan has no hidden agendas and would like to represent all Madeira residents, Republicans, Democrats and independents. And it looks like his message may be catching on. His sign is standing along with signs belonging to Camper, Brock and Moormann in the front yard of a former Madeira Mayor and a very prominent Madeira resident. This former Mayor hasn't had a political sign in his yard for two decades and after talking to Junger was convinced that Junger is one of the best prepared to serve in council.  These four yard signs are on Mar Del Avenue. 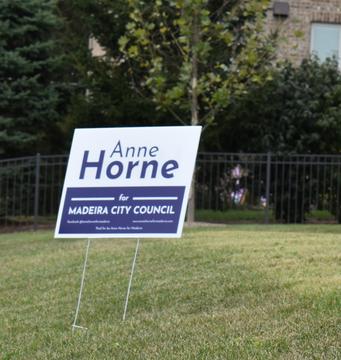 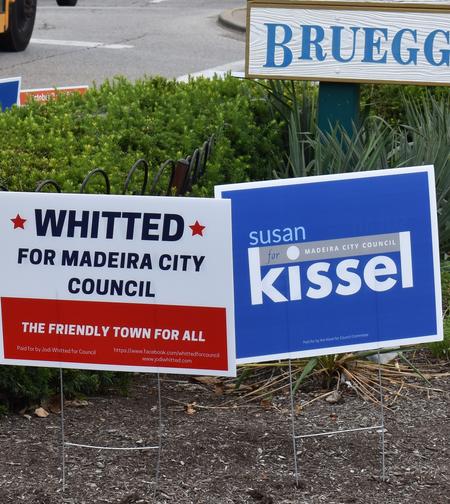 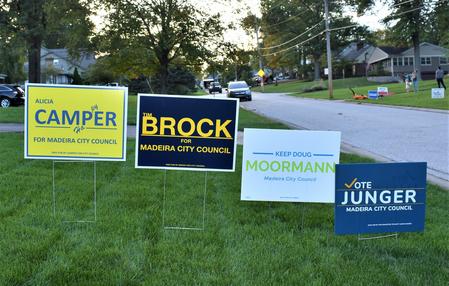 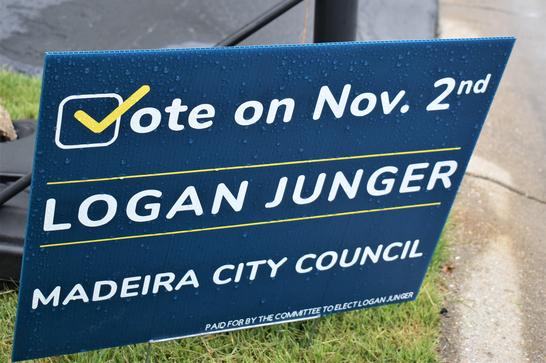 Doug Moormann, a registered Republican was appointed to city council and is looking for his first election to Madeira council. Others running include Madeira businessman and lifelong resident Tim Brock, Kenwood Hills resident Alicia Camper apparently are running with Brock and Moormann. One question, are any of these candidates members of the perverse "Madeira Equity Collective"? More on these candidates coming.

It has now been confirmed that all three, Brock, Camper, and Moormann have accepted Republican endorsements. ​

​     "This is my statement representing my views, (Jim Ryan) and has not been reviewed by the Madeira Democratic Party. Feel free to quote me.

​      Doug Oppenheimer reached out to me asking what it means to have Democrats on Madeira City Council. My first reaction is, nothing. Madeira city Council is a non- partisan position. The Madeira Democratic Ward Club has never endorsed candidates for council to my knowledge, and currently has no plans to do so. I think that is a good thing.

​     That said, Madeira does seem to be moving from a Republican city toward becoming a Democratic city. Currently the Republicans make up 38% of the registered voters and Democrats make up 14% of the registered voters, with non - affiliated being the majority at 48%. It does appear that the majority of the Independents lean Democratic. In the 2016 election, the top of the Republican ticket received just 2,640  GOP votes even though there are more than 2,640 registered  Republican voters  in Madeira, while the top of the Democratic ticket got 1,776 votes, almost double the number of registered Democrats in Madeira.

​     It would seem natural that Madeira would be moving toward the Democratic Party. First, it's residents tend to be well educated and actually believe in science, and second it has a strong base of small businesses with no big business to speak of. Couple those factors with the GOPs decision to abandon its family values, strong defense and supposedly fiscal responsibility to embrace Donald Trump's brand of white supremacy politics and it should be no surprise that Republicans brand would be sinking her in Madeira".

Jim Ryan is the Madeira Democratic Ward Chairman. His contribution used in this story is greatly appreciated. His entire letter is posted below on the Blue Button​​​​