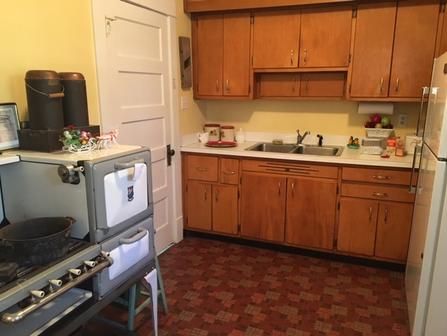 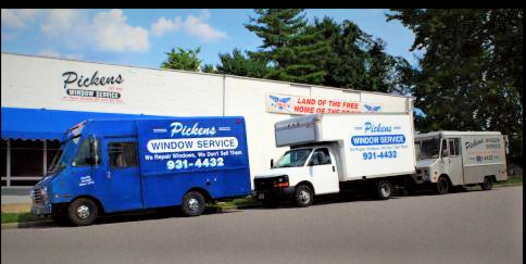 *The before photo, 1950 Miller House Kitchen

*The floor that was removed by Hammond Flooring Company

*The old floor from a different angle

*The two main components required when the "Kitchen Restoration" was in the planning stage, a 1922 period kitchen sink and hardwood floors.

*Our kitchen from 1922 must have curtains, Board member Carol Klenk Heck made the curtains. Carol does alterations professionally

*Todd Woellner is shown standing beside the wall cabinet that he restored in preparation for installation above the Miller House Sink.

*Historic Refrigerator ready for the second and final coat of Rust-Oleum Paint.

*JOB DONE, REFRIGERATOR IN PLACE AND CALENDAR HUNG ON WALL! 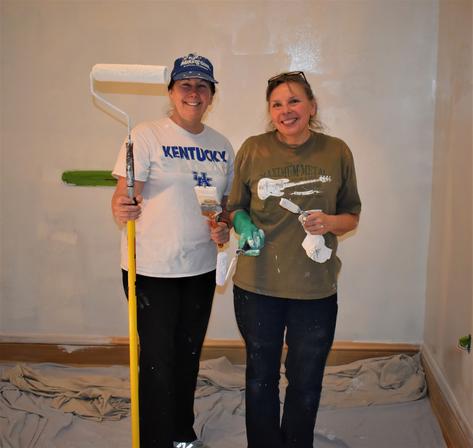 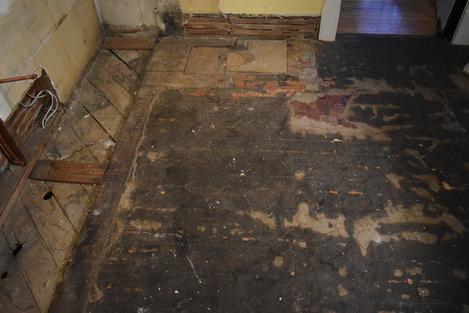 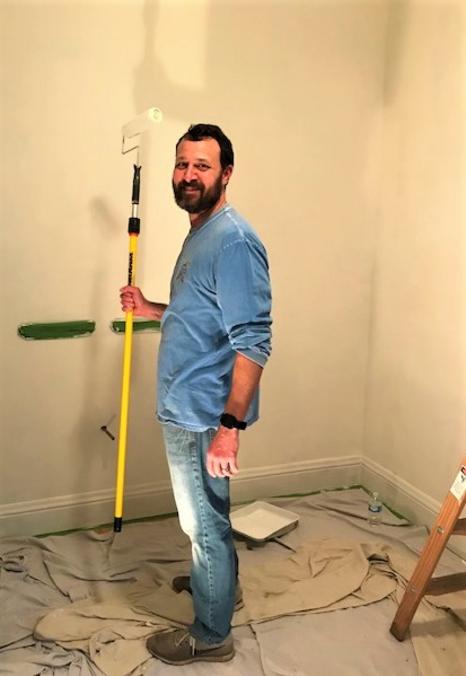 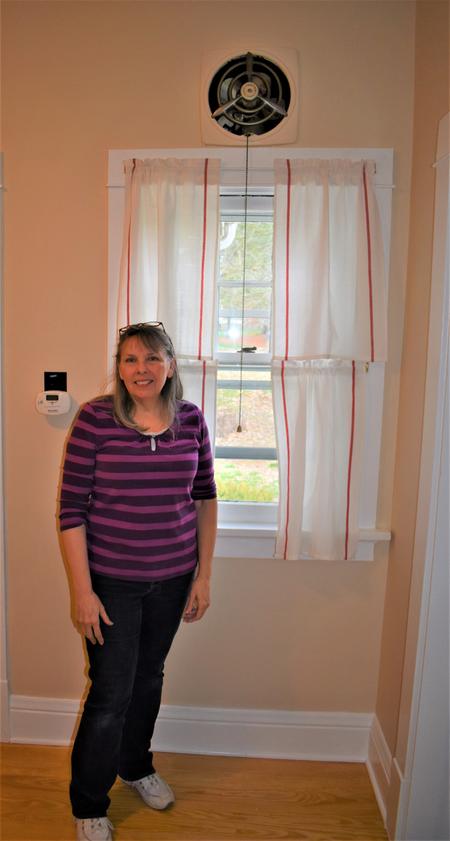 *Hammond employee "Rusty" tears out the old & installs the new

*The walls are ready for the paint from McCabes Do-it Center, nope !

*The first two requirements when the Madeira Historical Society made the decision to restore the Miller House Kitchen to the 1922 period, a hardwood floor and a cast iron period sink. The sink was provided by Ferguson Plumbing Supply and Signature Hardware. Pat Kelly Plumbing of Silverton assisted in the sink installation.

​*Special thanks to Junk King of Greater Cincinnati for the removal of the old kitchen appliances no longer needed.

*Who do you turn to for repairs to a 98 year old window, Pickens Window Services. This historic Cincinnati Company is replacing the ropes and weights in our kitchen window.

*Rust-oleum paint has been provided by the manufacturer so that we can restore the finish to our historic refrigerator. Without the generosity from the businesses and volunteers pictured on this page, our project would not have happened.​​​ 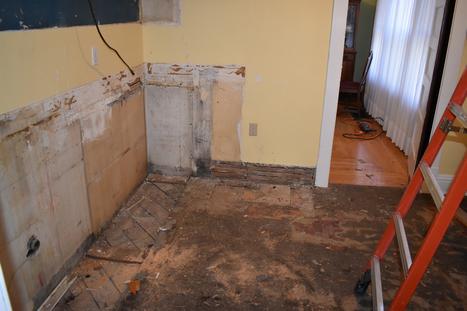 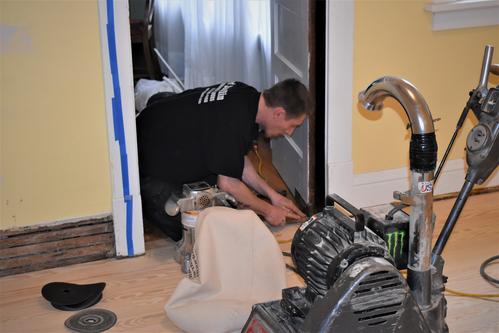 The Miller House is a 1922 Sears & Roebuck House built near the intersection of Miami  Avenue and Euclid Avenue, at a time when Madeira was still very rural. Next door was a farmhouse including a barn and farm animals. There was still ponds and streams, you could fish, hunt and children could ice skate in the winter when the pond water would freeze. In 1948 Bruce and Elizabeth purchased the house located at 7226 Miami Avenue that would become the Miller House in 1998, after Elizabeth by then a widow, donated the house and grounds to the Madeira Historical Society.  2020 , 22 years, and the "Miller House" has now become a first class museum furnished from 1948 back in time to the 1800's. Madeira Historical Society Volunteers maintain the museum. Currently the Society members are transforming the Miller House Kitchen from when the kitchen was remodeled in the 1950's back to the original 1922 look. The kitchen will have a hardwood floor, a cast iron white porcelain sink, an original gas stove and late 1920' refrigerator. The museum is closed until April when it will reopen showcasing the restored kitchen. The business partners assisting the society are shown on this page along with photos showing the work being completed by members and the professionals.  The "August A. Rendigs, Jr. and Helen Rendigs Foundation"  made this project possible. Visit the Madeira Historical Society Website, madeirahs.org 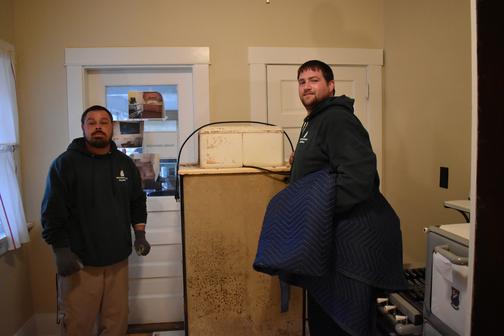 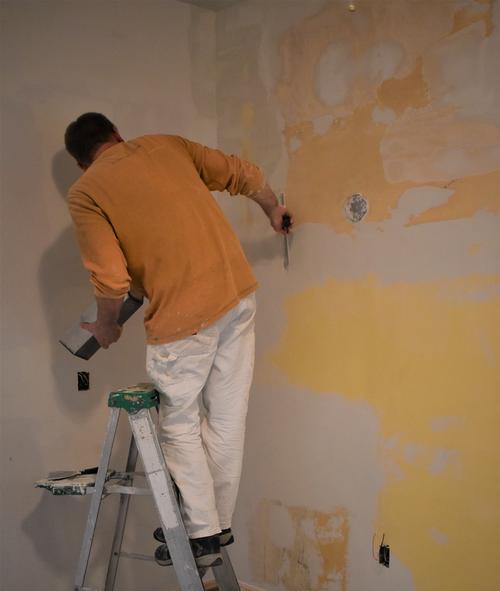 The first Amendment Rights of Free Speech are being attacked across America, Madeira City Council has spent more than a half million dollars of tax payers money attempting to silence Douglas Oppenheimer, and lost every legal battle and will now pay much more. And now Americans are under attack by the Federal Government including local police and even the FBI. Do not succumb to government tyranny.

Our First Amendment Rights Under Attack....

​ No this is not just a flag, this is "our" flag, a flag that has been raised and praised in front of "our" schools, "our" offices, "our" homes, "our" State Houses, and "our" United States Capital. "Our" flag is raised at every sporting event, "our" flag was carried in every battle during the Revolutionary War, the Civil War, WWl,​ WWll, the Korean War, the Vietnam War, the Iraqi War, raised and carried by real hero's, with pride. Untold of men and women have given their lives for this flag, "our" flag. "Our" flag represents who we are as a country, as a people, all religions, all colors, all ages, all one. Disrespect for "our" flag is disrespect for all of those who have given their lives in war, protecting us in our communities, and sets the absolute worse example for those young Americans who look up to and depend on learning the meaning of patriotism and the meaning of respect from adults. It is disappointing that athletes, coaches and owners of  athletic teams are sitting or kneeling or condoning the act of disrespect for "our" flag".​ 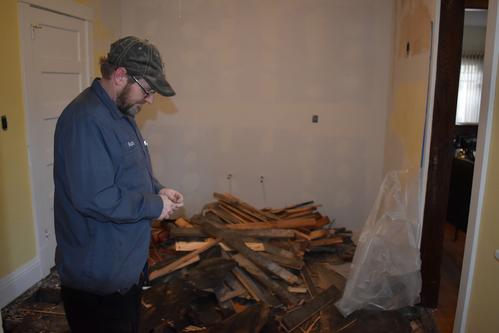 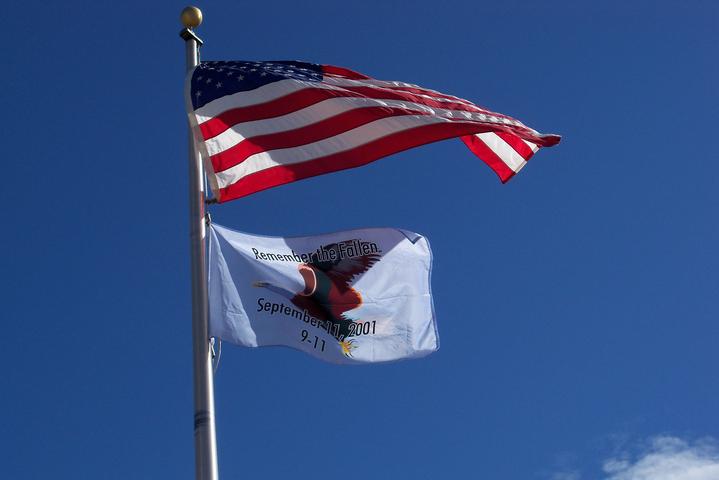 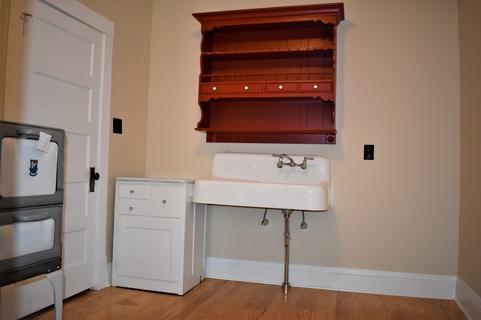 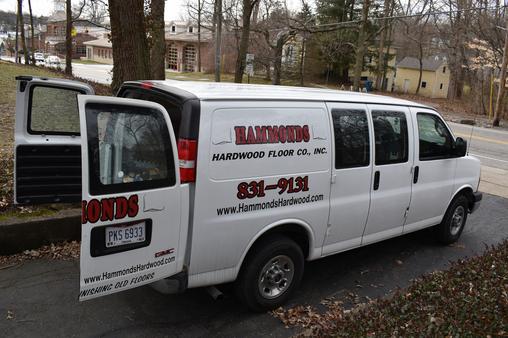 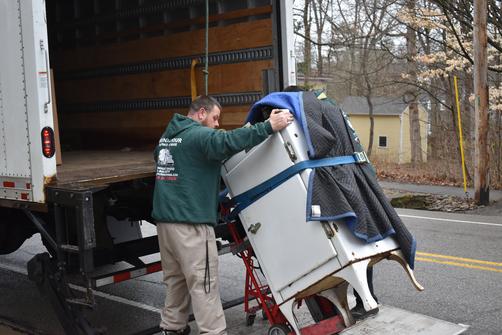 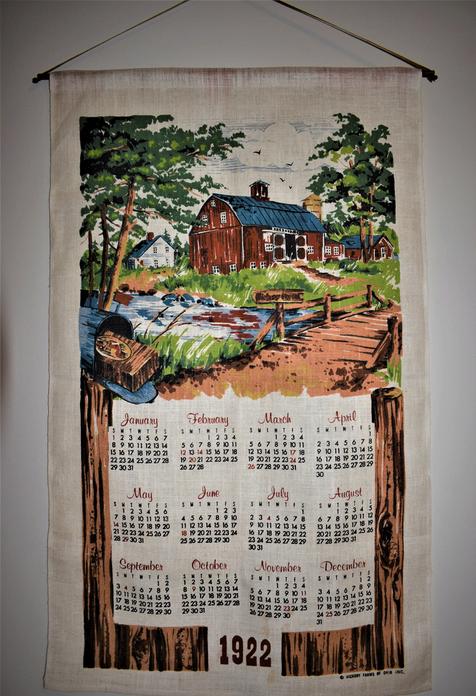 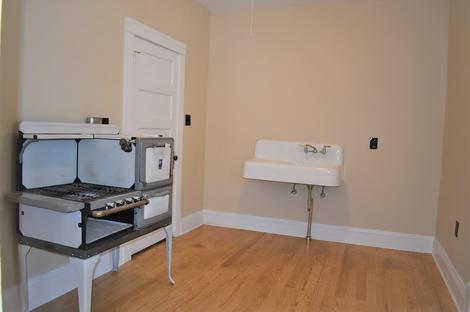 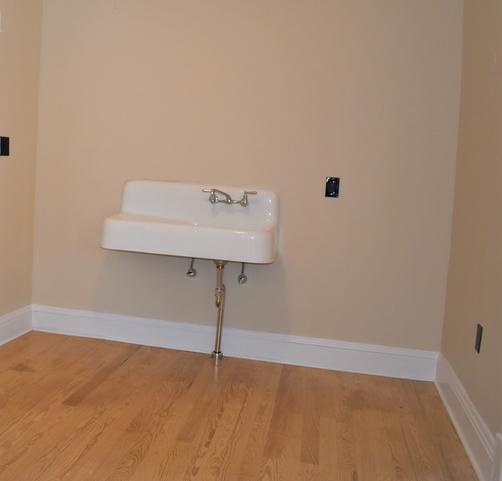 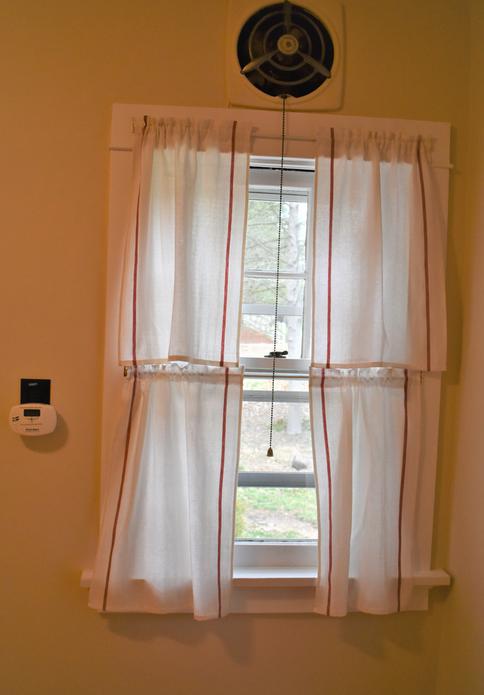 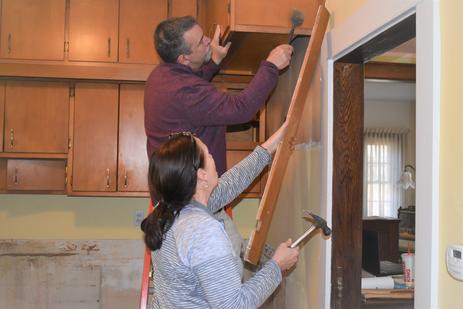 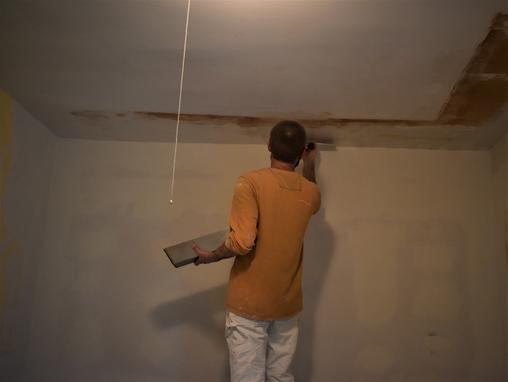 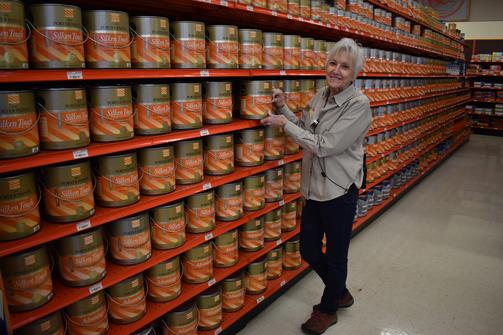 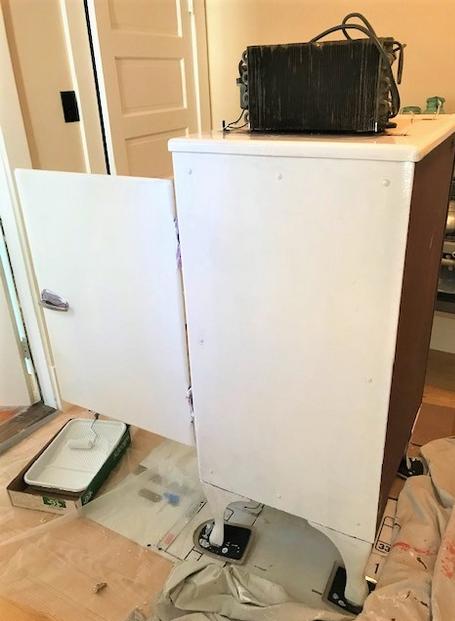 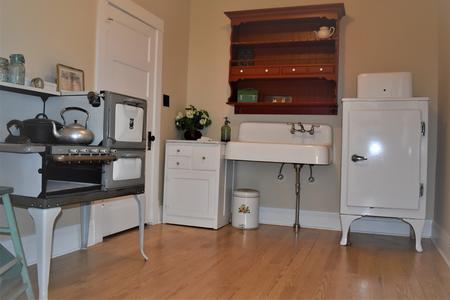 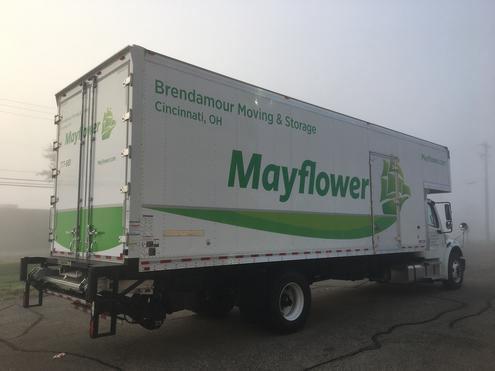